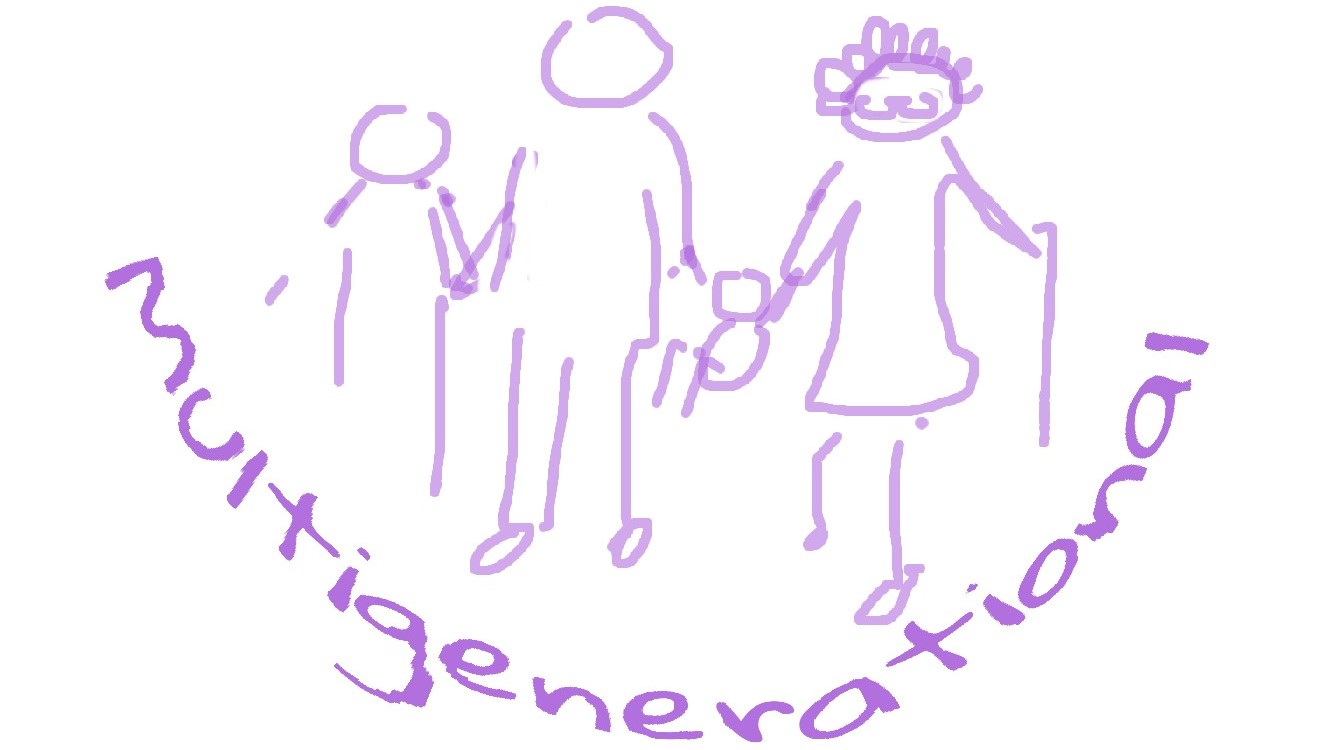 One of the results of the experiment in the Channel 4 series show in the clip, was to reveal the revitalising and health-giving impact on the older people from having the young children with them. This is something perhaps written in nature: as I have walked the dogs recently, I wondered why we have two dogs. It’s because Alison convinced me to get the second (Pippa) because our first (Gemma) was getting older and didn’t have long left; by having them together for a while, the young one would learn from the old before the old passed on. I fell for it!   What she said did in fact happen a little; but what was far more noticeable was that the older dog (Gemma) got a whole new lease of life by having Pippa around.

Thinking more spiritually, I am reminded of the dream that Nathan shared with us some time last year about how an older pianist was playing in a restaurant and was largely being ignored. Then he was joined by a younger one and it was as they played together that amazing music was created and heads were turned. There is something powerful, revitalising and transformative about inter-generational connection.

You will have heard me share again recently about how I believe it will take a multigenerational family to raise the dreams being born among us. God said through the prophet Joel:

I will pour out my Spirit on all people.

Your sons and daughters will prophesy,

your young men will see visions,

your old men will dream dreams.

Even on my servants, both men and women,

I will pour out my Spirit in those days,

and they will prophesy.

Here we see an equal empowering of all irrespective of gender or generation. And when the prophet Malachi spoke of this day he said: ‘God will send the prophet Elijah to you… He will turn the hearts of the parents to their children, and the hearts of the children to their parents.’  So when Malachi comes to speak of that moment in history which prepares for the coming of Jesus, the feature among all others he could have mentioned, he chose to draw attention to generational heart unity and connection. That’s how important it is!

With all these examples, if we are not careful we can just focus on two general generations – old and young; but, as we thought and talked about it as a team, we felt that in fact it is about all and every generation being empowered. The point of these passages and illustrations is not that there are just two generations but that there is a heart connection between generations whichever you are part of. And there is no privileged generation – all are equally valued.

By thinking of only two, when it came to thinking about generational momentum and succession, we have too often reduced it to the idea of passing on the baton for the future. That involves someone running and then stopping while someone else, who had not been running, now starts running! But we see everyone running – and dancing – together; not in the future, but now! We see all generations – from 8 and younger to 80 and older – all being empowered – all generations dreaming, all generations dancing, all generations flourishing in their gift and callings. In such a culture the issue of succession in terms of role will largely take care of itself as part of the on-going dance, as gift and call become apparent. This vision of every generation empowered is why I was persuaded by the rest of the team that we call this multigenerational family not intergenerational. Everyone gets to be a part!

How we do this will be worked out over the coming months. But we encourage you to actively pursue your intergenerational relationships. Get involved in a wide range of church life and family, and not only with your same-age group friends (as well as not instead of!). Be part of a multigenerational small group. Count yourself in whoever you are and whatever age you are. Volunteer to be part of that ministry you always wanted to be part of but thought you were the wrong generation. Don’t wait for something to be handed to you but engage now and, at the very least, start the conversation now about your dreams and how we can raise them together, as a multigenerational family on a mission.

END_OF_DOCUMENT_TOKEN_TO_BE_REPLACED

The Parable of the Smartphone App

Jesus said, ‘anyone who hears my word...

END_OF_DOCUMENT_TOKEN_TO_BE_REPLACED

Breaking Down Walls with the Love of God